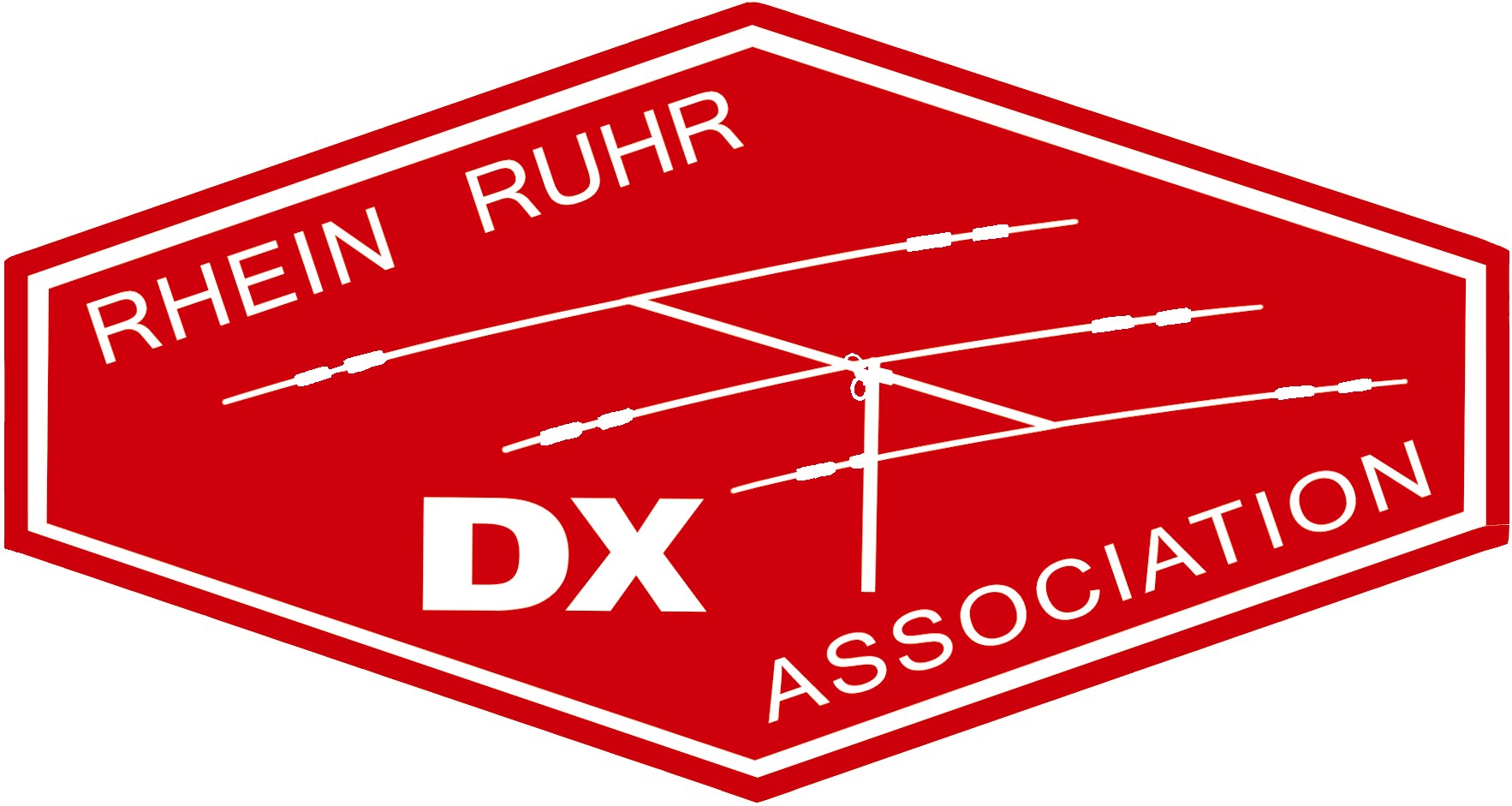 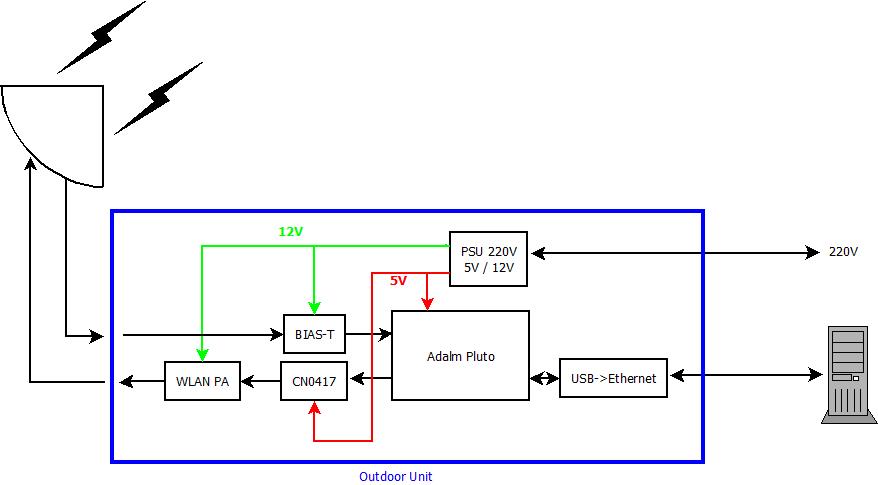 Luckely I noticed early enough that the ANT connector of the WLAN PA is RP-SMA. Unfortunately I did not notice that the SMA cable between the CN0417 and the WLAN PA had one RP-SMA connector too :-( Took some time to figure out why there was no TX signal from time to time.

No temperature issues so far. The outdoor temperatures are now between 0 - 10 degrees. Let's see how the setup behaves in spring and summer...

USB-Ethernet Adapter:
Please check link from the manufacturer for the supported USB to Ethernet chipsets.
Amsat DL offers a wiki page for "Operation together with Adalm PLUTO". They recommend to use a "UGREEN LAN Adapter USB 2.0 Network USB to RJ45 Ethernet Adapter 10 / 100Mbps" which has the lowest latency.

The setup was working fine for almost two years. In the meantime a squirrel used the coil as deposit for nuts, it was time to renew the setup. A new coil was made and a new outdoor box is in place. The outdoor box contains a bias-t, two relais and the RF choke.

On the right of the box is the coil to extend the 80m L-Antenna to 160m. In addition the coil is also used to extent the 40m GP to 60m. Left of the box is a hairpin match, a small coil between the antenna and ground.

During last winter, I added a loading coil to my 80m L-antenna so that it could be used on 160m. But it was either 160m or 80m. This winter it was time to modify the setup so that I could operate on both bands. The 160m loading coil is now connected via two relais and can be switch on and off by 12V through a bias-T. 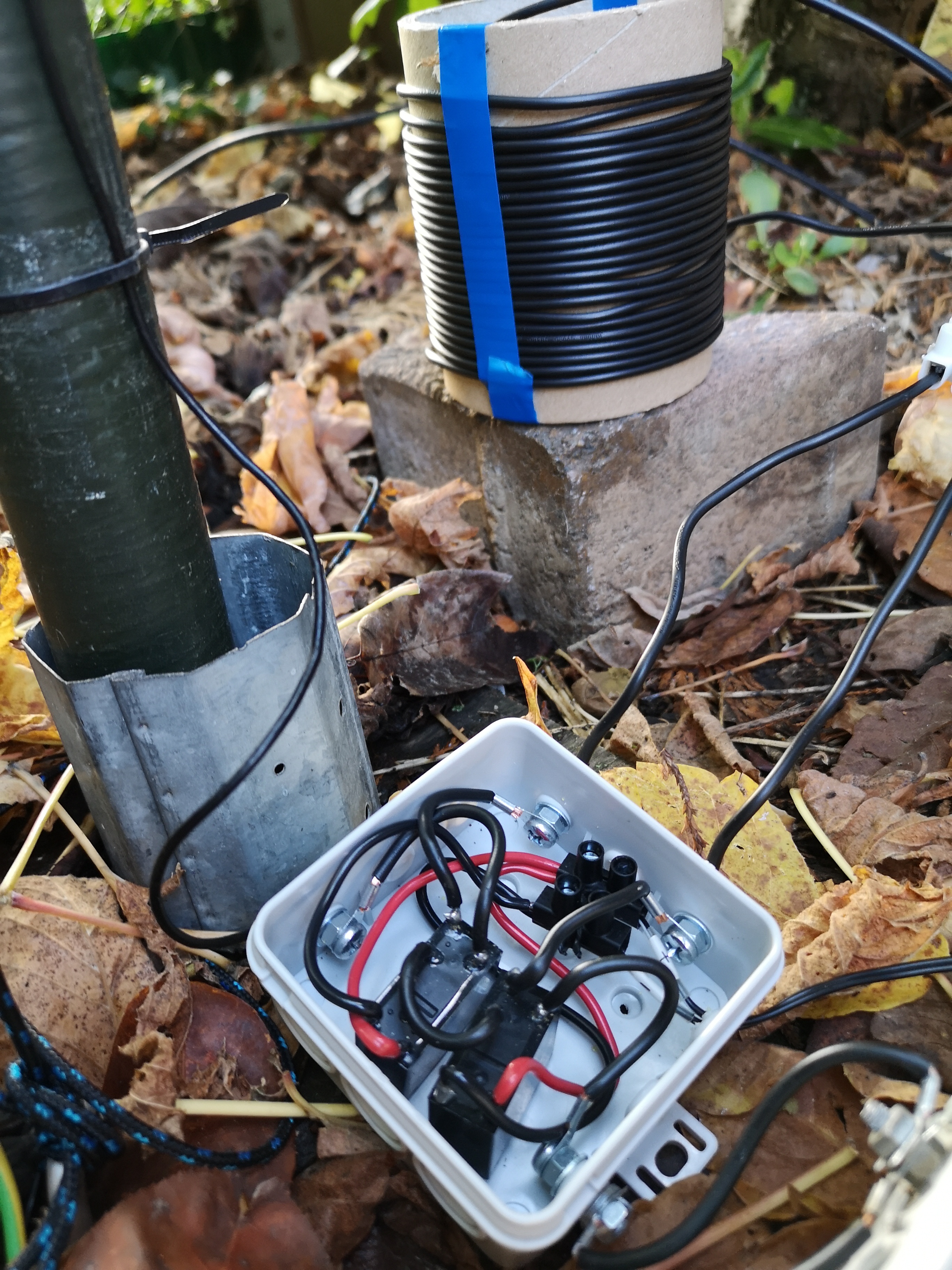 https://qsl.net/in3otd/indcalc.html or http://www.df7sx.de/luftspule/ are great sources to calculate the coil. Just play with values. 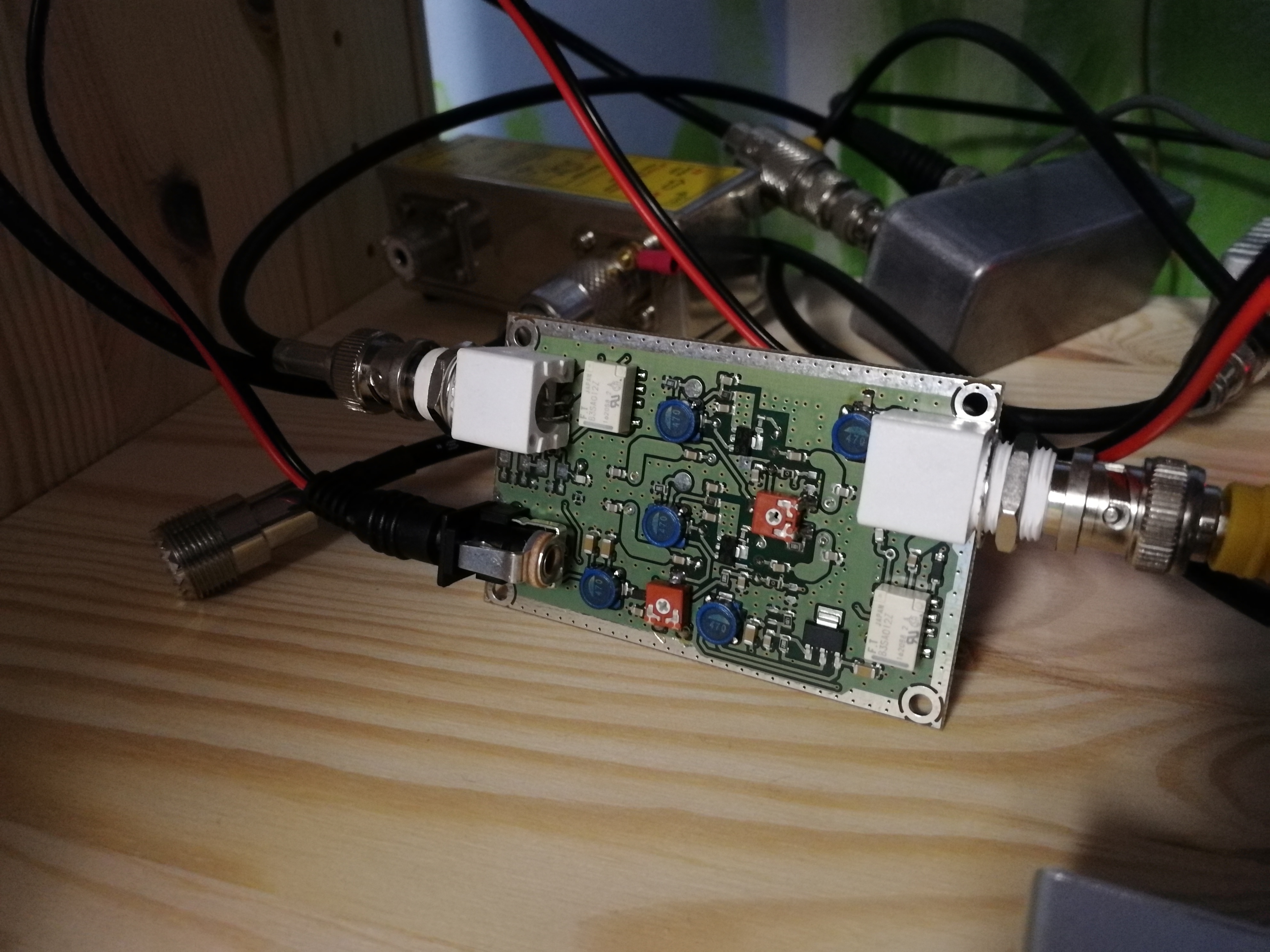 The construction kit does a good job out of the box, after I soldered the ground correctly and the second transistor. Signals are now 10 db stronger and my FiFi SDR decodes now a bit more reliable on the week signals.

Since some time I own a 2ele HB9CV for 6m. It did some great job in past as a portable setup in JO61hg. Now it was time to have some more gain. In the internet I found the assembly instruction for the 2ele. I was surprised to read that there is also a 4ele version available.

The only differences are: 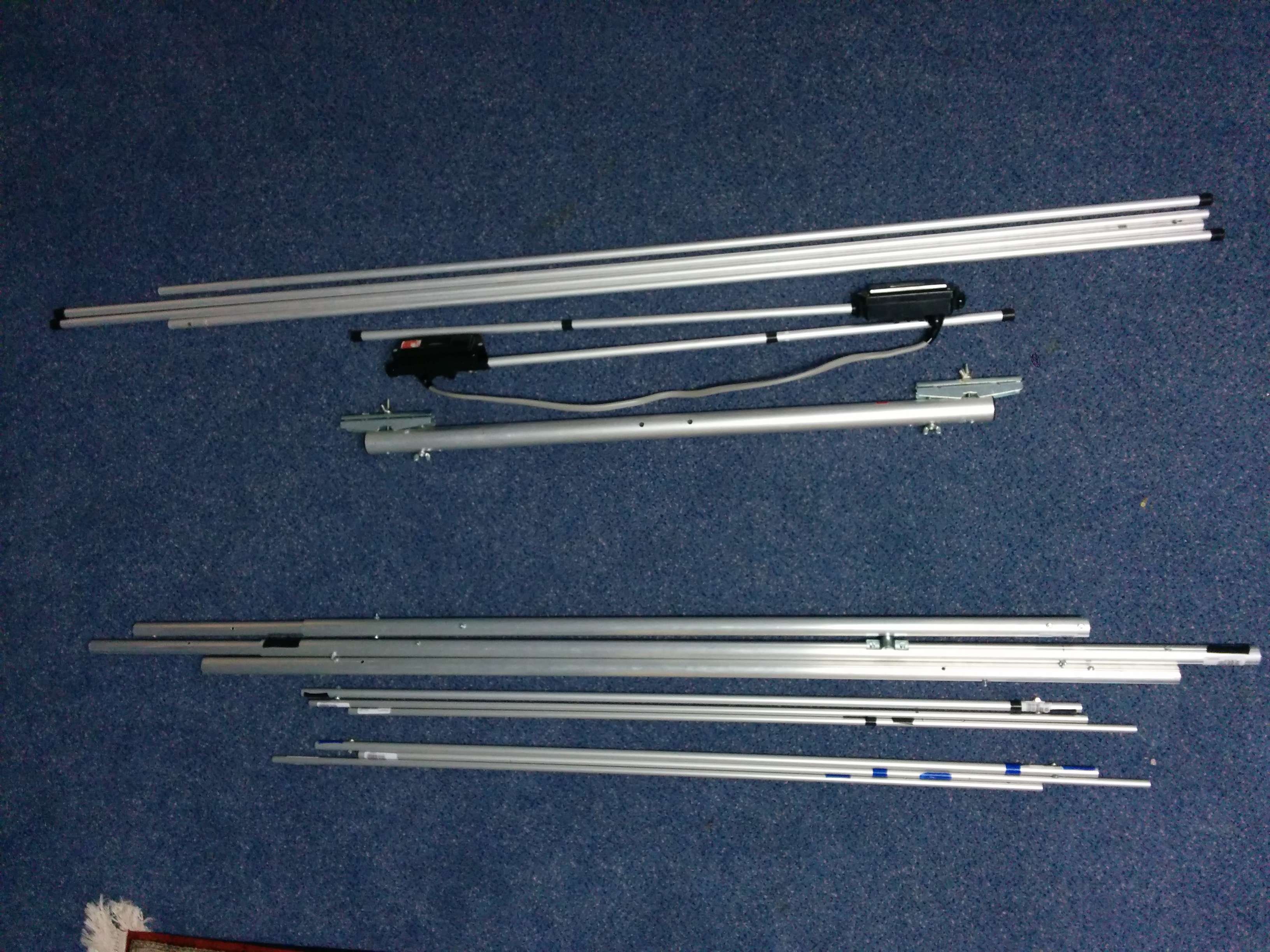 So I prepared a new boom and two additional elemts. The manual had all the numbers in place I needed.


The new 4ele was setup first at 8m above ground at our portable QTH in JO61hg and was working great. 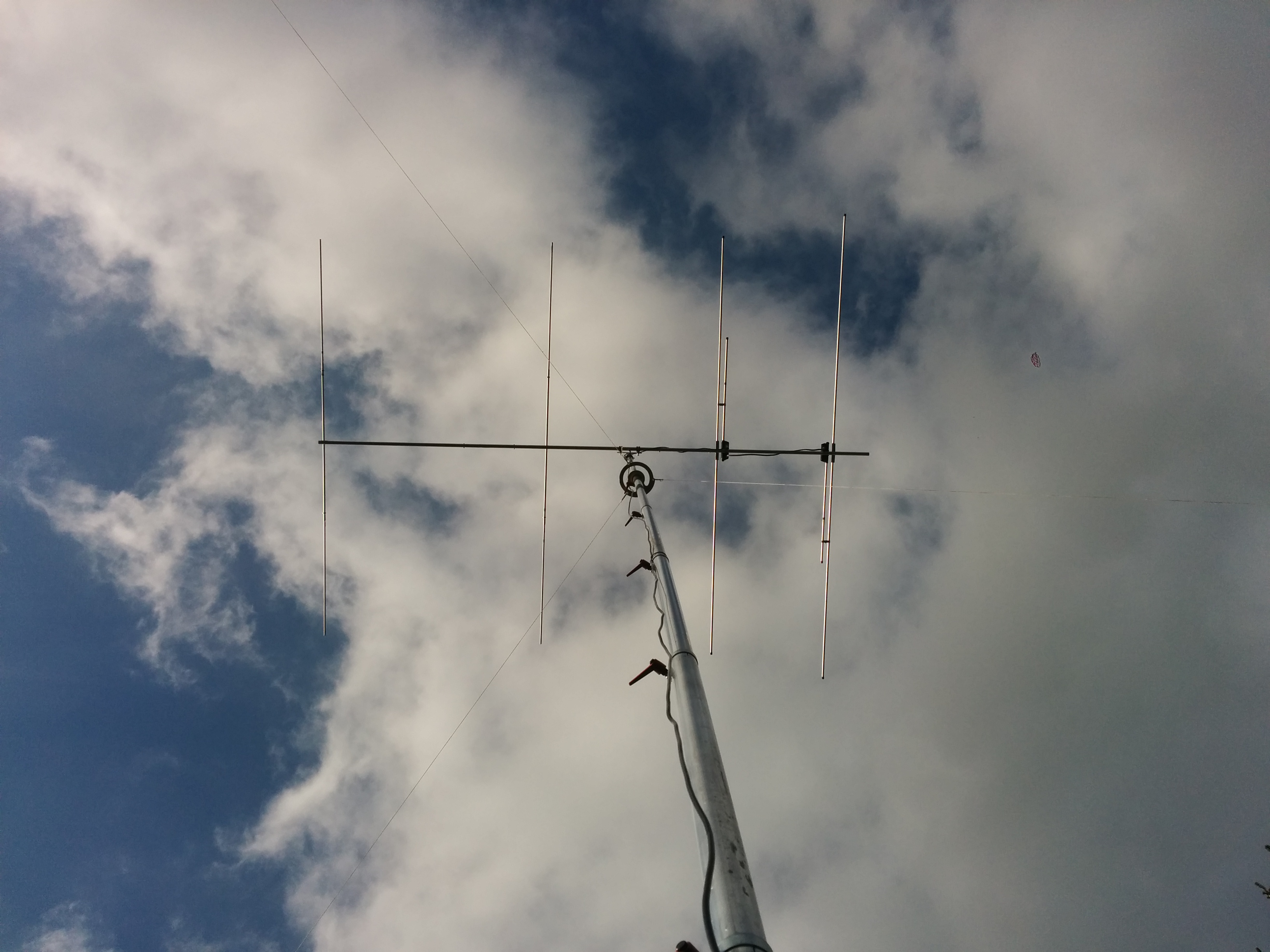 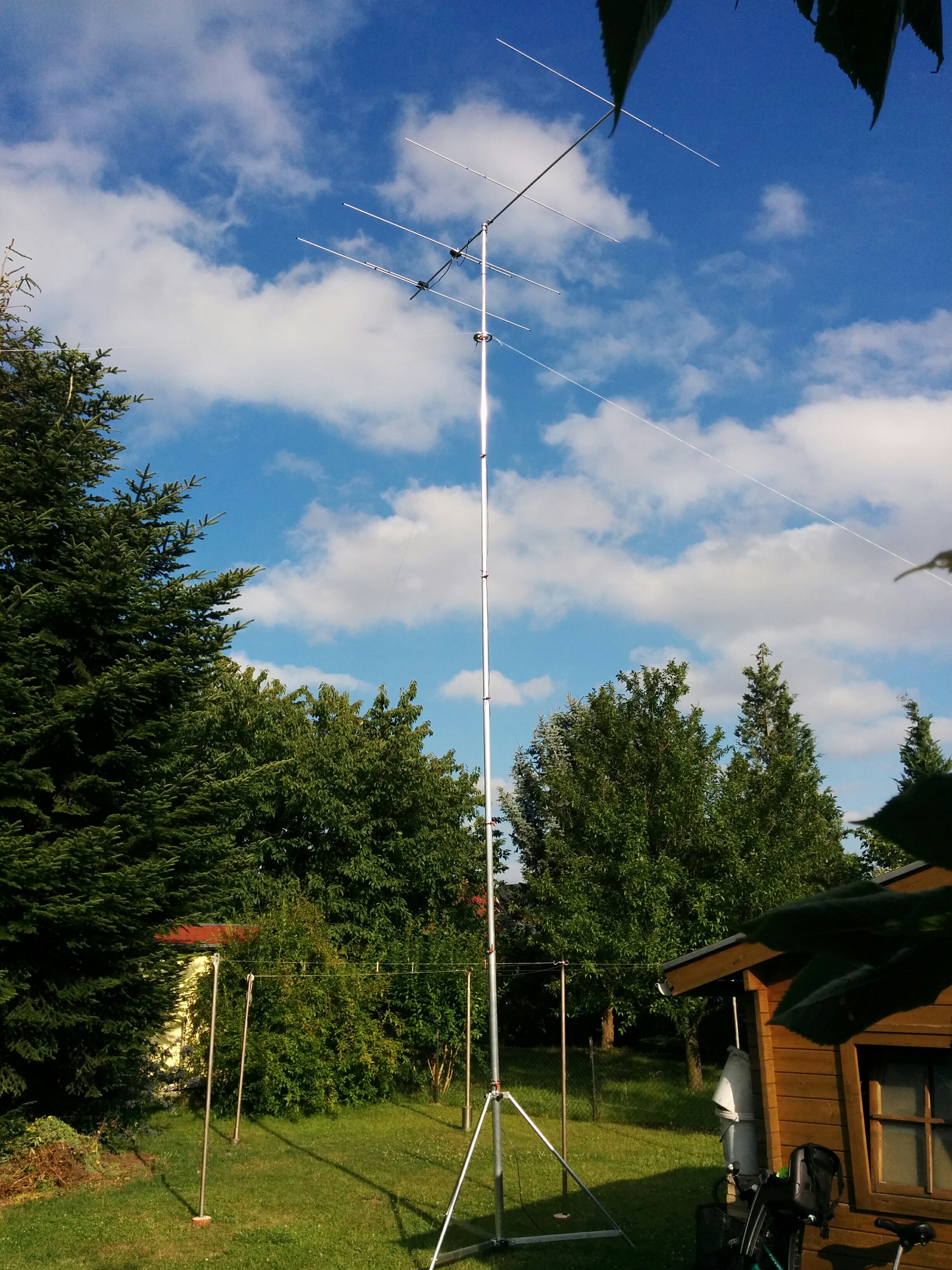 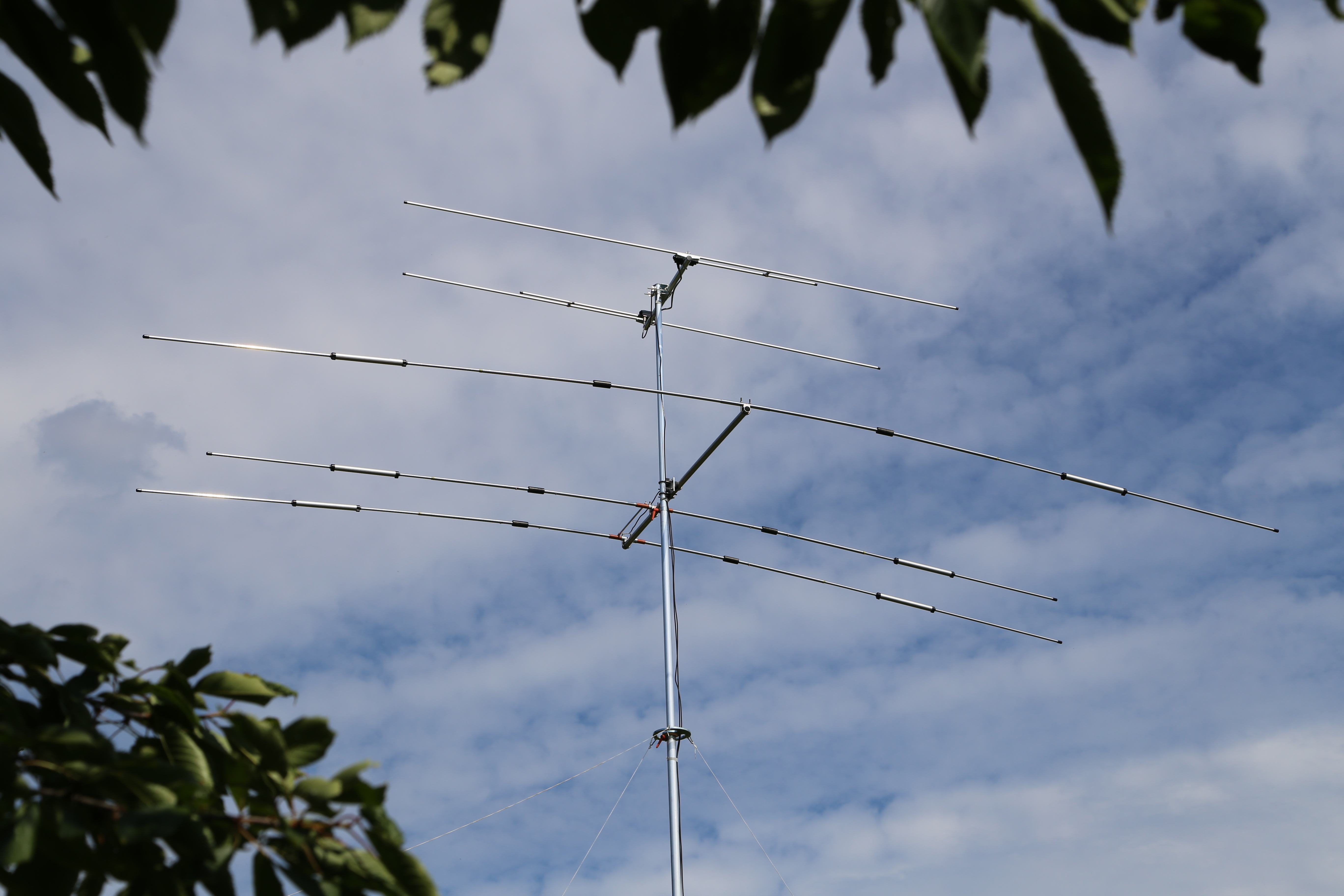 The setup and assembly was quite easy. All elements are marked with different color codes. The proposed element length were ok on all bands, except for 20m, where the SWR is ok for CW but a bit high for SSB.I did a couple of hundret QSOs in the IARU Contest 2016. All stations I could hear could be worked. I have no other antenna available to compare to at the portable QTH in JO61HG. 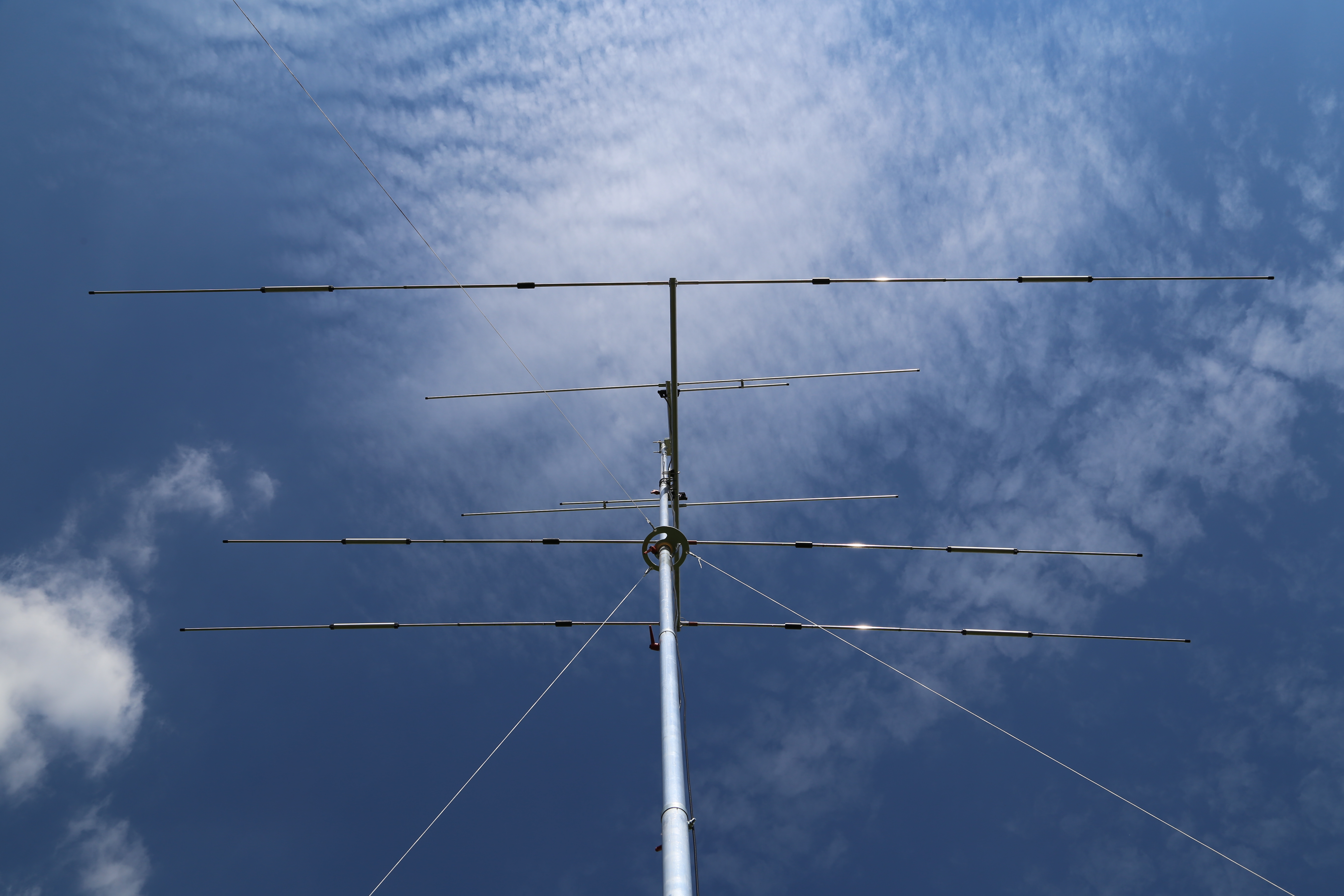